Diagnosed with asthma, Phil spent part of his childhood at Southern Cross living with an aunt. He won a scholarship to the Eastern Goldfields High School, but later attended the Perth boys School until 1938.

Phil had flown 30 missions with No 61 Squadron RAF prior to being invited to join No. 617 Squadron RAF after the raids on German dams, flying Avro Lancaster aircraft.

The Kembs Barrage was a dam 10 km north west of Basel in Switzerland.

"For courage and devotion to duty in flying operations against the enemy". [1] The more detailed citation reads:

He's a most skilful and determined pilot who has never let the adverse weather or enemy opposition deter him from completing his mission. At all times this officer has displayed courage, fine leadership and unfailing devotion to duty.

The same wording was used for the award of a Bar to his DFC. [2] This sortie was the attack on Kembs Barrage, and the more detailed citation reads:

Flying Officer Martin has completed very many sorties and has displayed outstanding keenness and devotion to duty. In October 1944 he piloted one of the formation aircraft detailed to attack the sluice gates of the Kembs Barrage. In spite of intense and accurate anti-aircraft fire, he pressed home the most determined attack.

During 1946 Phillip was a member of a musical group in Roleystone known as 'The Hilarions'. On 5 Feb 1949 Phillip married another member of the group, Mavis Irene Fuller in St Andrews Church, Perth. Born in 1921, Mavis died on 15 Jun 2003 at Mt Nasura, aged 81. They had four children, Deb, Anne, Glenda and Owen. 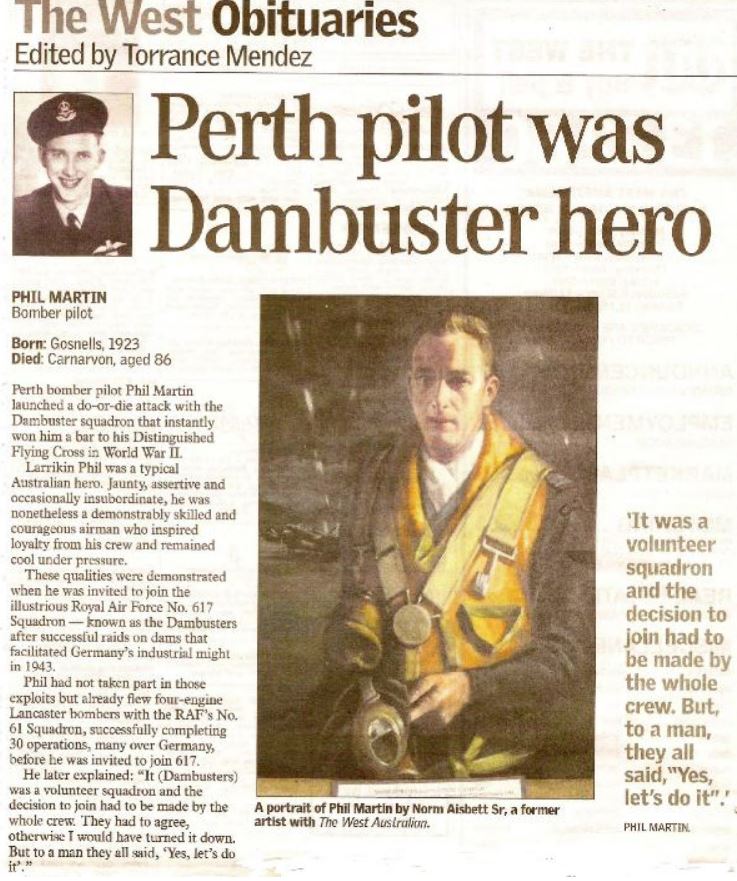 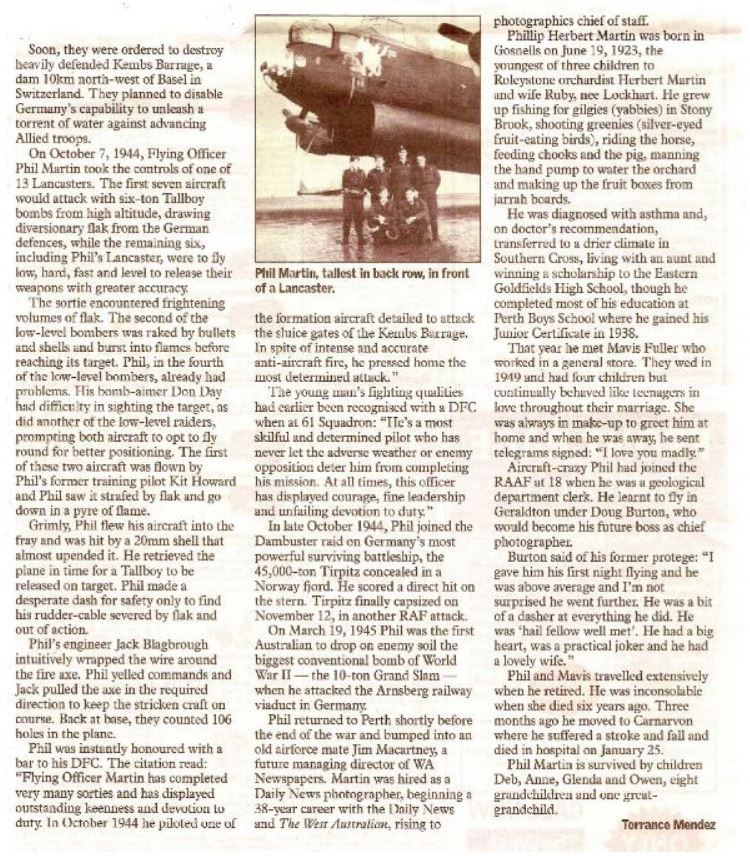 His brother Ernest Gordon Martin served initially with the 2nd (Fremantle) VDC Battalion, but later in 1943 he joined the RAAF.