Enlisted on 2 Feb 1935 and was sent to HMAS Cerberus for initial training. On 6 Aug 1935 he was posted to HMAS Voyager, a V & W Class Destroyer which was based in Sydney, remaining with it until it was paid off into Reserve on 13 Apr 1936. He then transferred to her replacement HMAS Waterhen another of the V & W Class Destroyers which was recommissioned on 14 Apr 1936 and then served on the Australian station. Pat was transferred on 11 Aug 1937 to HMAS Penguin, a shore facility on Sydney Harbour and remained there until 19 Sep 1938. On 20 Sep 1938 he was posted to HMAS Sydney a Light Cruiser for the first time, leaving on 1 Feb 1939 for the HMAS Moresby a Mine-sweeping sloop. His stay on the Moresby was brief as on 1 Apr 1939 he transferred to the HMAS Adelaide, an old Town Class Cruiser for a month, and then on 2 May 1939 back to Sydney.

When war broke out, Pat was serving on HMAS Sydney, and as history would have it, was one of the lucky ones to be transferred from the Sydney on 3 Jul 1940 when he joined the HMAS Warrego a new Grimsby Class Sloop based at HMAS Penguin in Sydney. He remained on the Warrego until 16 Oct 1940 and then joined HMAS Perth a Leander Class Light Cruiser, serving with it until his death when it was sunk by a large force of Japanese ships in the Sunda Strait on 1 Mar 1942. 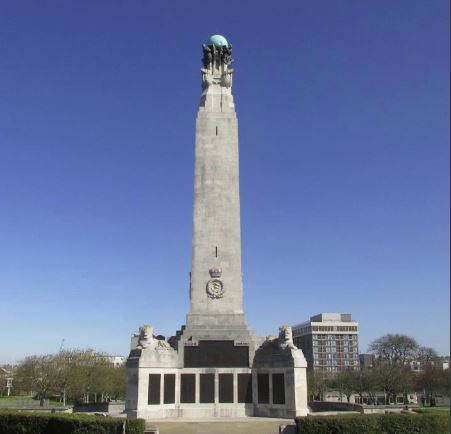 Should be on the Armadale War Memorial. Ironically, he should not have been on board as he was to have gone to officer training school, but the ship sailed before his relief arrived.