Vernon attended the Wagerup State School from Feb 1930 until Dec 1931 and then the Bunbury High School from Feb 1932 until Dec 1935. In November 1933 he was awarded the Junior Certificate of Education having passed English, Maths A, Maths B, Mechanical Drawing, Metal Work, Physics, Chemistry, Geography and History. He had failed French! In November 1935 he had passed the Leaving Certificate, with passes in English, Maths A, maths B, Applied Maths, Geography, and Mechanical Drawing.

Vernon was a casual junior employee for the Western Australian Government Railways at their Dwellingup Mills operation from 30 Jul 1936 until 15 Aug 1936. He had also worked for the Forestry Department as a clerk, and prior to enlisting, Vernon was a Bank clerk with the Bank of NSW (Westpac).

On entering the RAAF Vernon undertook training to become aircrew serving in Europe at various units in Perth, Clontarf, Cunderdin, Cootamundra, Port Pirie, Nhill, and Bradfield Park. Beginning as a Aircraftman Grade 2, on 4 Feb 1943 he was promoted Leading Aircraftsman, and on 14 Oct 1943 having completed his training as a Navigator he was granted his Navigators Badge. On 14 Nov 1943 Vernon was promoted Temporary Sergeant. Soon after he sailed for the United Kingdom where on 11 May 1944 his rank was upgraded to Temporary Flight Sergeant.

Vernon joined No. 50 RAF Squadron on 28 Sep 1944 flying in Avro Lancaster aircraft. Following the Allied invasion of France, the Germans had moved their U-boat operations to an expanded facility in Bergen, Norway. As a result in October 1944 the British carried out a bombing raid seeking to destroy the facilities. On the 29th October 1944 Vernon and his crew participated in a second raid, with 244 aircraft (237 Lancasters and 7 Mosquito). Due to dense clouds only 47 dropped their bombs before the raid was aborted. Four hits were recorded to the U-boat pens without causing further damage. Bombing again became scattered and fell in the main town area killing a total of 52 civilians and two Germans. Three planes were lost on this second raid, Vernon's included. The second raid had been a failure, as had the first one, so another raid followed in January 1945 with slightly more success. 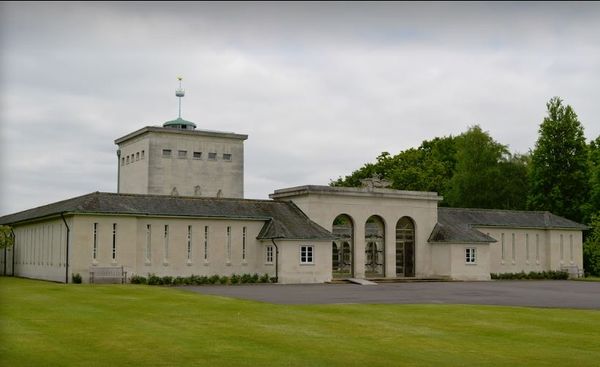 It appears that he was working in the Armadale Branch at the time of his original enlistment and early CMF service. Dora's address was c/- Post Office Wagin, so perhaps living with her family while he was overseas.